[Published on: Apr 21, 2014] Google Chromecast is a device or dongle produced by Google to connect your mobile with television. It is now available in India. With Chromecast, you can easily enjoy your favorite movies, TV shows, photos, websites, and more from YouTube, Google Play, Chrome and more on your TV. Chromecast timely updates to work with a growing number of apps and provide you with the latest version of the Chromecast software.

Chromecast works with devices you already own, including Android smartphones and tablets, iPhone & iPad, Windows and Mac laptops, and Chromebook Pixel. It enables you to browse for what to watch, control playback, and adjust volume using the smartphone, tablet, or laptop you already know and love.

What’s Under The Chromecast Box

First of all, let me tell you that the Google Chromecast is available in India at $35 approx. So, you might be thinking that what you will find under the box. So, inside the box, you’ll find the Chromecast, a USB power cable, a power adapter (optional), and an HDMI extender (optional). It’s important that you only use the cables that come in the box with Chromecast; other USB cables and HDMI extenders may not work. 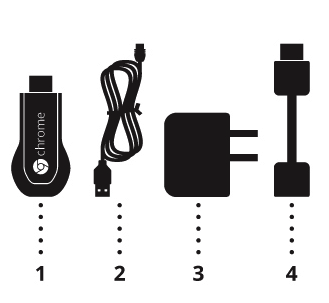 How To Set Up The Chromecast Device

Now, you’ll see the whole guide for how to set up the Chromecast device. It’s the complete tutorial and I sure that I will be proven very helpful to all of you.

The whole set up will be completed in two steps. First is plug in Chromecast to TV and second is setup Chromecast on your device.

1. Plug The Chromecast in TV

You can very simply plug the Chromecast in your television. Read the following easy steps – 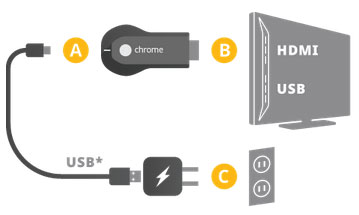 That’s it guys. Now it’s time to learn how to set up the Chromecast into your device to connect with TV.

You can set up your Chromecast in a snap using either an Android or iOS phone or tablet or a Mac, Windows or Chromebook computer running Chrome 28 or higher. You only need to set up your Chromecast once – you can cast from additional supported devices without having to set up Chromecast again. Before you begin the setup process, make sure you are connected to a 2.4 GHz Wi-Fi 802.11 b/g/n Wi-Fi network. 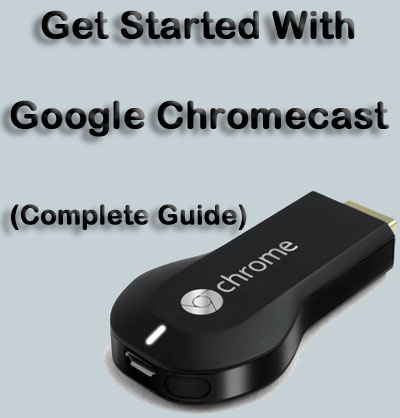 To set up Chromecast using your Android/iOS phone or tablet, you need to follow these steps-

To setup Chromecast app for your Windows operating system, follow these steps carefully-

Further Read: How To Turn Smartphone into Mouse & Keyboard

That’s all guys, I hope that its enough to get stated with Google Chromecast dongle to connect you mobile or other devices with your home television very instantly and interestingly.