The popular Chinese smartphone maker Xiaomi also became popular in India. Other than smartphones it’s launching many other products in market such as Power banks, LED lights, USB fan etc. But, according to some reports its fake products are also being sold in the market. Specially the duplicates of Mi power banks are being sold at rapid rate.

Generally it becomes very difficult to check if your Xiaomi Mi power bank is original or not. That’s why in this article I’m aiming to let you know some of the differences between the original and fake Xiaomi Mi Power Banks.

A few days ago, I was shared some important clues to detect if your iPhone is not fake and it’s the time for Xiaomi power banks.

So, if you’re recently thinking to buy a new Mi power bank, it will be great if you read out the following tips to identify if the power bank is real.

Xiaomi sells its Power Banks in the following 6 variants of different capacities, i.e.

Out of these, the 5,200 mAh and 10,400 mAh variants are probably discontinued and you’ll barely find them in the market. So, if you come across a Mi branded power bank of any different capacity other than the above six, it’s absolutely fake.

At the time of buying a MI power bank, you must check a sticker on the packaging with a 20 digit code. This is the most effective step to check if Xiaomi power bank is genuine. 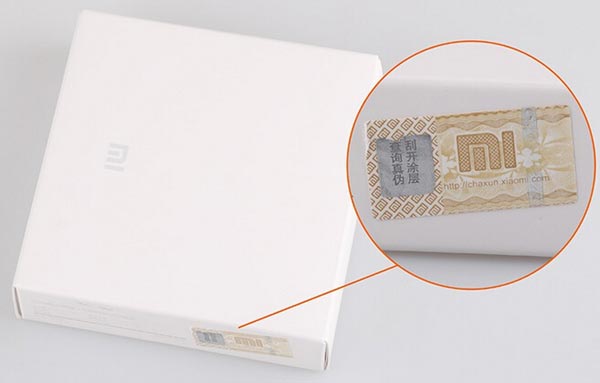 All you need to verify this code on mi.com/verify and if you see a negative response, the power bank is 100% fake.

Mi power banks sold outside of China via official channels will not carry this sticker. So, to check if the power bank is real or not, you should check with other remaining tests.

In a genuine Mi Power Bank at the time of charging when you press and hold the power button, LED lights will turn off and as soon as you leave the button, they will be light up.

But, in case if the lights are neither turning on nor off on pressing the power button, it means the power bank is not original; it’s surely a fake one. 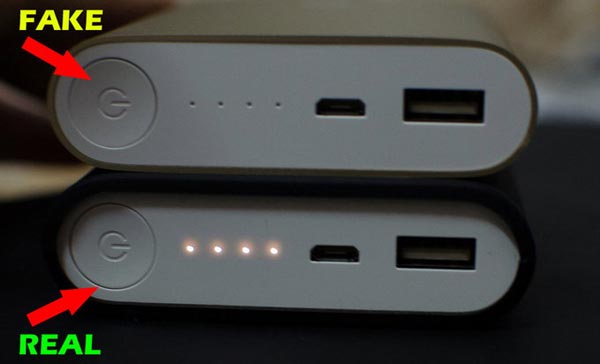 The MicroUSB cable of the power bank doesn’t include any Mi branding. If you see any Xiaomi power bank with such branding on the cable, it’s surely fake. 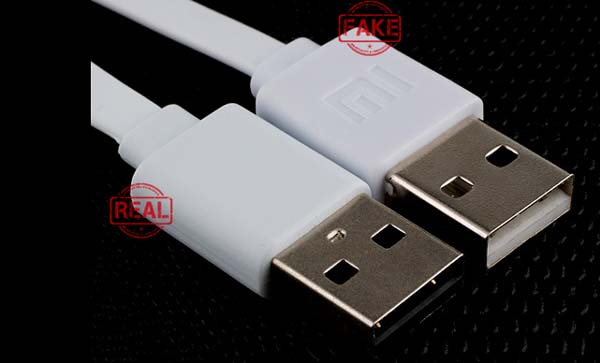 So, if you see any Xiaomi power bank cable with Mi printed on it and of white interior color, it’s surely a fake power bank.

But, the fake power banks don’t have this capability. They doesn’t pass the power to charge any mobile phone connected to it while it itself being charged. So, it can be a strong test to check if Mi power bank is original or not.

#6. Color of USB Ports on the Power Bank

A fake Mi power bank will have a milky white color on the standard USB port and black color on the Micro USB port.

So, if you see any Mi power bank with black interior of Micro USB port, it is surely a fake model of Xiaomi Mi power bank.

#7. Check out the Brand of Inbuilt Batteries

If you see any power bank with any local or non-branded battery, it’s definitely a fake power bank.

#8. Text Printed at the Bottom of the Power Bank

You can also differentiate genuine and counterfeit Xiaomi power banks from the text printed at the bottom of the product. The genuine product’s print is lighter and clear and the fake power bank’s print is darker and blurry. 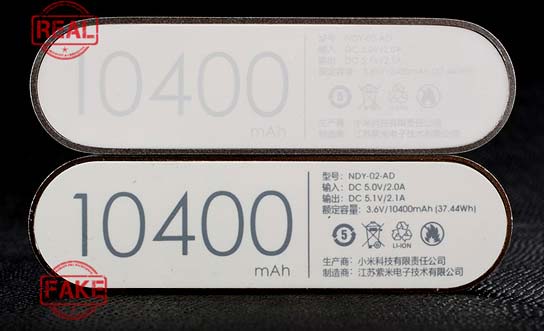 So, if none of the above method helped you to check if Xiaomi power bank is a real one, this one will definitely help you. Just check out the printed text at the bottom of the power bank and judge easily; just like as the above picture.

Must Read: 11 Clues to Detect if iPhone is Fake or Original