You would know that most US carriers help people pay for the phone they buy in installments so that people can easily buy a phone without the problem of budget. But, the main problem about it is that the mobile phone carriers don’t want you to leave, especially when they helped you pay for your phone. So, most of the phones sold in the US (except Verizon phones) are locked meaning another carrier can’t be used on these phones without unlocking.

In late 2013, the U.S. wireless carrier association (CTIA) agreed to adopt standards that would allow subscribers to unlock their paid-off phones by February 11, 2015. This agreement made it easier to unlock the phone, but there are still a lot of requirements and caveats you will have to face to unlock your phone. Don’t worry, I will explain in this article how can you unlock your phone for major US carriers.

So, until the customer is paid out of their contract or installment plan, the carrier won’t allow them to unlock the device for other carriers. 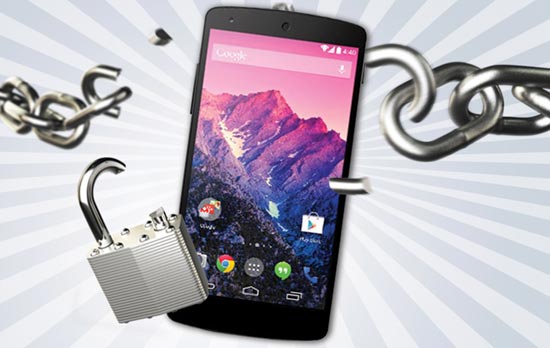 Why Unlock the Phone?

However, the simplest reason to unlock your phone is to use it on another GSM network. If you ever go to a foreign country with a carrier-branded phone or try to use that phone on a different operator in the US, you’ll probably encounter the problem- it’s locked.

While traveling abroad you may need to use either a global SIM card or a local carrier’s SIM card, which would offer much lower rates than roaming with your U.S. carrier.

How to Unlock an AT&T US Carrier Phone

If you aren’t an AT&T customer and you’re trying to unlock an AT&T phone that you just bought in installments, the phone must be fully paid off, not attached to a contract, and not reported lost or stolen. The phone should also not be associated with any fraudulent activity.

If you’re a postpaid customer your account must be active for at least 60 days, with no past due or unpaid balance. Then after sending the request, an eligibility notification to unlock your device will be sent to your myAT&T account. If you’re a prepaid customer of an AT&T carrier, your device must be active for at least six months of paid service.

If you fulfill these requirements, go to AT&T’s Unlocking Page to submit a request. AT&T will send you instructions on how to unlock your phone within two days.

How to Unlock a Verizon Phone

All the Verizon 4G LTE phones are sold unlocked. You can use them on any supported carrier on demand. So, there should not be an issue with Verizon 4G phones.

How to Unlock a Phone Locked with T-Mobile Carrier

According to the T-Mobile unlocking rules, it is necessary that the device must not be reported as lost, stolen, or blocked to T-Mobile.

Also, you can’t request any more than 2 mobile devices unlock codes per line of service in the last 12 months. There are many other requirements, I would like you to read its full unlocking policy and requirements for better understanding.

If you fulfill those requirements, call 1-877-746-0909 or use the online chat on TMobile.com and ask to unlock your phone. They will provide mobile device unlock codes free of charge within two business days (or provides further information about timing) for eligible devices.

How to Unlock a U.S Cellular Phone

Just like other cellular policies U.S. Cellular’s unlocking policy also says that it will unlock any postpaid phone that is paid off or out of contract. And prepaid customers may have a pre-paid device unlocked any time after 12 months from the first activation of the device sought to be unlocked on the U.S. Cellular network.

Non-Customers seeking to have a U.S. Cellular device unlocked may do so but U.S. Cellular reserves the right to refuse any unlocking request if U.S. Cellular has reason to believe that the request is fraudulent.

How to Unlock Sprint, Boost, and Virgin Phone

You would know that Boost and Virgin both are parts of Sprint and that’s why they all have the same unlocking policy.

Just like others, the Sprint phone must be fully paid off or out of contract, and not reported as lost or stolen. If it’s prepaid, such as a Virgin or Boost phone, the phone must have been used for 12 months.