Disclaimer: I’m not a lawyer and this is not a legal advice. In fact, I’m just an Android and iPhone lover and here I’m just telling people what the law is and what people can legally do with the devices they own.

Is it Really Illegal to Root Android or Jailbreak iPhone? 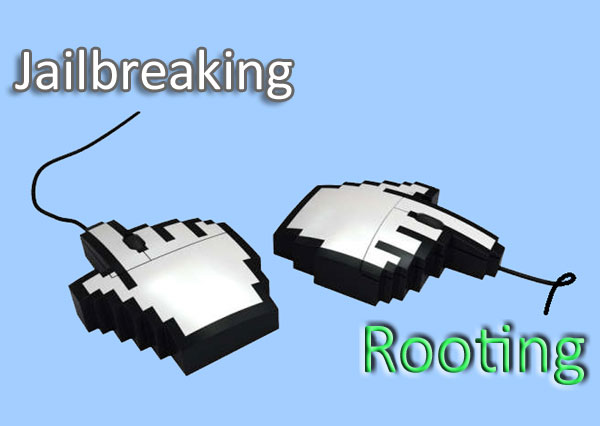 As I told you above that there are some manufacturers which allow users to root their Android phones. For example, all the Nexus smartphones and tablets by Google are permitted to root. So, rooting is not illegal at that point of view. But, many Android manufacturers and carriers block the ability to root, and if you still try to root the device, it’s an illegal activity, because you’re against the rules.

Apple never allows users to jailbreak its devices or install unauthorized software, so jailbreaking is always performed without Apple’s authorization.

Moreover, I’m going to tell you about the laws in different countries to know about the legality of rooting and jailbreaking. So, take a look at the laws in the USA, Canada, India, New Zealand and the European Union to figure out whether this is actually illegal or not.

US Congress passed the Digital Millennium Copyright Act (DMCA) in 1999, and according to this law it is illegal to root or jailbreak devices without the permission of manufacturer. However, at least through 2015 phones have an exemption to grant permission for rooting or jailbreaking the phone.

Other that this there are some other laws too. For example, according to The Librarian of Congress, you have to root or jailbreak your phone ONLY to use applications that require root access or that can only be installed from outside Apple’s App Store. If you’re rooting your phone for any other reason at all – or if you do anything else requiring root or jailbreak access – your rooting or jailbreaking is apparently illegal.

In November 2012, Canada government passed the Copyright Modernization Act. According to this law, this it illegal to tamper with the digital locks that are placed by manufacturer, along with very specific exemptions for interoperability, security, privacy, encryption research, and unlocking cell phones.

So, if you’re rooting your Android to run root-only software on it or jailbreaking your iPhone to install apps Apple won’t allow into the App Store, you should be okay.

However, The Free Software Foundation Europe argues that it is legal to root or flash any device. According to the European Directive 1999/44/CE, it is illegal to root an Android phone or jailbreak iPhone, nonetheless interoperability is still an exemption to this.

India’s copyright law and New Zealand’s copyright law says almost the same thing. In fact, it is legal to root Android or jailbreak iPhone for non-copyright-infringing purposes. It means, there may be an exemption for interoperability, just like as European Union. It clearly means it’s 100% illegal if you root or jailbreak your device for copyright infringement purpose.

READ ALSO: How to Jailbreak iPhone, iPad or iPod Touch

Of course, you probably won’t be hauled off to jail for jailbreaking your iPad or unlocking your smartphone, just like you won’t be prosecuted for telling a white lie on Facebook. For example, if you’re telling lie about your age on Facebook, that’s a violation of Facebook’s rules, so you’re a criminal, but still thousands of people are violating lots of such rules and laws made by companies and government.

Honestly, you should not worry about such kind of laws. You won’t be personally arrested or fined for this. But these laws are a real example of government overreach. They should be fixed before they’re used as weapons to ruin lives, as the Computer Fraud and Abuse Act was used against Aaron Swartz.

How to Read Someone’s Text Messages Without Their Phone... Are you trying to find information on what someone is texting but you can’t get that person’s phone? The g...
Rocket VPN Review: A Safe Solution to Access Mobile Int... Privacy on the internet is just a myth. You might find it hard to believe, but the fact is that you are no...
5 Precautions You Must Take Before Attempting to Jailbr... You all would know very well that jailbreaking the iPhone or rooting Android is always a risky process because...
10 Reasons Why Android Phones Are Better Than iPhones You all would know that everybody is crazy about iPhone as compared to Android phones, I don't know why? May b...
4 Bluetooth Tags to Keep Track of Your Personal Belongi... Most of you would be thinking that as the modern tracking service GPS and lots of file sharing apps grounding ...
5 Reasons Why WhatsApp Web May Disappoint Users Millions of WhatsApp users would be pretty excited nowadays because of launching its web client to use WhatsAp...