Spice Stellar 520 is priced at Rs 8,999 only whereas Stellar 526 is available at Rs 11,499 in India. On the the cost and features issue, company’s CEO TM Ramakrishnan said “Company ever tries to produce low budget smartphones with advanced features that can easily be purchased”.

Now let me tell you about the both of these smartphones one by one:

This is a dual SIM (GSM-GSM) smartphone whose both slots supports 3G networks. Despite this, the USP of this phone may be its operating system – Android 4.4 Kitkat. 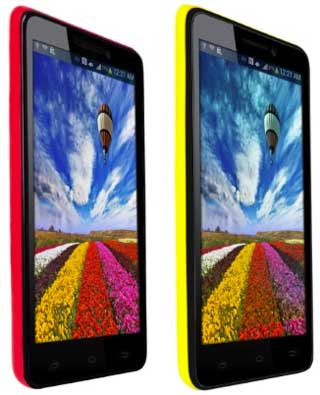 I can’t say that the operating system if this phone is its USP because other features are fabulous. So, continuously let me tell you about its screen features. So, the phone has 5 inch HD IPS display with 720×1280 pixels resolution. It is very rare to see such high screen features in just Rs 9,000.

Including with the 1.3 GHz quad core processor, 1 GB RAM is also provided for multitasking. Camera feature are also pretty cool. 8 MP rear and 2 MP front camera increases the standard of this phone.

Moreover, Spice Stellar 520 has 4 GB internal storage expendable up to 32 GB through a microSD card. The phone has WiFi, Bluetooth, GPRS/EDGE, 3G and more connectivity options. The battery capacity of this phone is 2000 mAh which can be said average according to cost!

Spice Stellar 526 is also a mid range smartphone which comes with Android 4.4 Kitkat operating system. I’ve already discussed the cost of both smartphones. 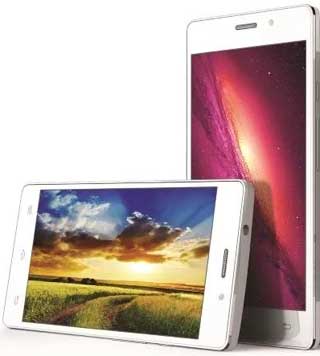 This dual SIM smartphone comes with 5 inch IPS display with the resolution of 720×1280 pixels. The Stellar 526 has 8 Megapixel camera with LED flash feature. This phone can also be proven a good option for selfie lovers and video calling because it has a 3.2 MP front facing camera too.

The phone has 8 GB internal storage and can be extended up to 32 GB. Another good aspect of this phone is its battery capacity which is higher than Stellar 520 smartphone. It has 2500 mAh battery capacity.

So, these are the newly launched two Spice smartphones. If you found this article useful, share it to your social profiles!

These 7 WhatsApp Features Launched This Year 2020 Every year WhatsApp releases many important updates for its Android and iOS users in order to keep making it t...
The Top Feature-Rich Smartphones Supporting Android Q B... If you're always keen for trying all the new Android releases in your smartphone, this post might interest you...
Coolpad M3 Launched With 4GB RAM & Octa-Core Proce... There're numerous smartphones launch every day and it's not possible for me to feature each of them on the...
Micromax Canvas Spark 2 Plus: The Cheapest Android 6.0 ... Android 6.0 Marshmallow is the most recent Android version and many users around the globe with high end s...
OnePlus X Review: Key Specifications, Merits and Demeri... I've been featuring many 4G smartphones for a last few days and here is yet another 4G Android phone "OneP...
Now Find Your Android Phone Using Google Search Very Qu... You would be surprised to know it but it's really true and experimented by me. And it's very effective too. No...