If you’re enough familiar with smartphone memories, this question might be bit confusing for you because internal memory is the memory of a smartphone that is by-default provided by the the manufacturer which can not be actually increased by an end user, whereas the external memory is the memory which user can add from outside (such as microSD cards etc.). So, the surprising thing is that how this article can help you increase your Android phone’s internal memory?

Keep calm guys and read out the article carefully, and I’m sure your doubt will be cleared as the following two methods will definitely help you extend your Android phone’s internal memory. Let me explain how!

Degrading the performance of a smartphone or slowing down the speed is one of the main problem we all face, and over-filled internal memory (or phone memory) might be the main reason. So, it’s your primary step to free up your phone memory from useless things, and that’s the exact meaning of increasing the size.

So, apply the following methods to increase the size of your Android phone’s internal memory:

Android phone’s internal memory can be free up by clearing the waste cache stored in form of the junk files and folders. To clear the smartphone cache go to Settings > Storage and here you will see the Cached Data option with the calculation of how much data is cached. Now, you need to tap on Cached Data option and again tap on Yes on the confirmation message. 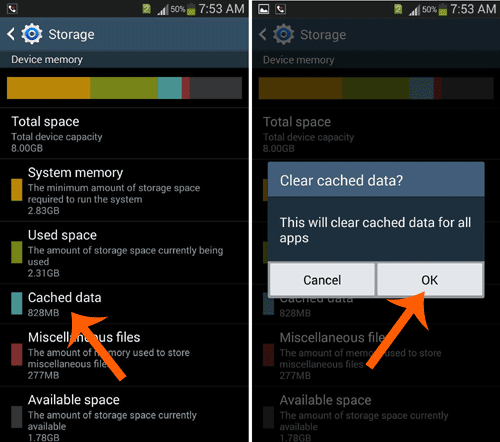 That’s all. It will clear the cache of your Android phone and will free up your internal memory. In the screenshot, my Android phone phone memory was full of more than 800 MB cached data (garbage) that now I removed and increased the size of my phone memory.

To improve the performance of your phone you should keep your phone memory as free as possible. So, to increase the size of the internal memory of your Android phone, you can move some of the apps from phone memory to your microSD card.

To do so, go to Settings > Manage Apps and now tap on the app that you want to move in SD card. And finally tap on Move to SD Card option. 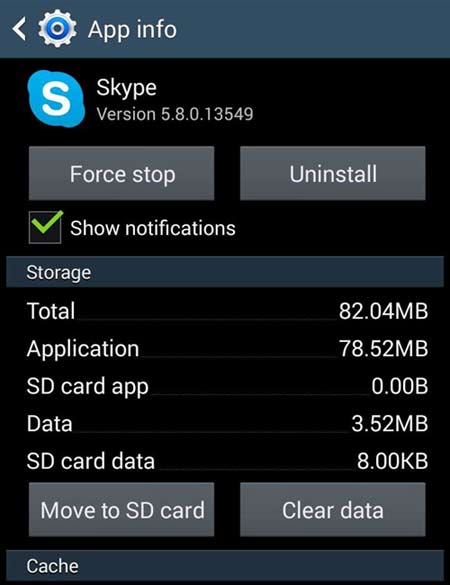 Other than this, you can write me back anytime if you feel any problem in increasing the size of internal memory by clearing cache or moving apps to SD card.