WhatsApp is the most common and popular mobile messaging platform. It’s very easy to send messages, photos and even videos on WhatsApp but what if you’re blocked! Many times users keep sending the messages without knowing the fact that the related friend is blocked them on WhatsApp.

However, it’s very simple to find out if someone is blocked you on WhatsApp but still many of us don’t know how and due to this reason even after getting blocked by someone, people don’t stop sending messages.

How to Find out if Someone Blocked You on WhatsApp

In this article, I’m sharing 4 simplest methods to know if someone blocked on you on WhatsApp. So, have a look on the following ways and check out if you’re blocked.

If the Last Seen feature of WhatsApp is activated in your profile, it means you will also be able to see other people’s Last Seen status. But if someone blocked you on WhatsApp, the last seen status won’t be visible.

I mean to say if xyz blocked you on WhatsApp, you won’t be able to see his/her WhatsApp status, and only blank space will be seen all the time.

So, if you were previously able to see someone’s last seen status but now only blank space is showing, it means the person blocked you.

Still, one thing may rebut that blank space means someone blocked you; may be that person stopped sharing his/her last seen to everyone. So, in this condition you may also see blank space.

But, no worries if this method doesn’t suite for you. There are still many other methods to find if you’re blocked on WhatsApp by one of your contacts.

If someone blocked you on WhatsApp, it can also be detected by having a look on person’s profile picture. I mean if you’re blocked by someone, you won’t be able to see his/her profile picture. 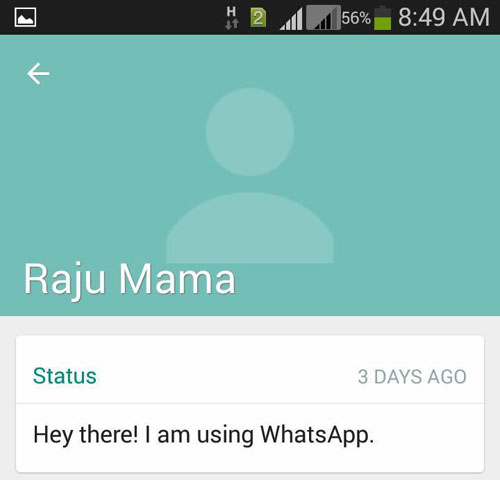 May be the contact picture of that person saved in your phone will be visible at the place of WhatsApp profile picture. Or it will be like the person doesn’t set profile picture.

Method #3: Check if Message Delivered or Not

If someone blocked you, your messages won’t be delivered to that person. It means you will never see the double tick sign on sent messages.

The read receipt (double tick sign) only displays when receiver receives the message. If it doesn’t display, it simply means either the user is not using WhatsApp at that time or you’re blocked. 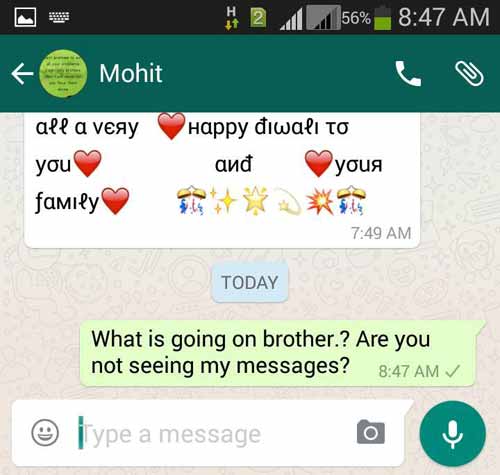 If someone blocked you, you won’t be able to connect a WhatsApp call with that person. If you try calling that person on WhatsApp, call will automatically end without connecting and you’ll always see the Call End message.